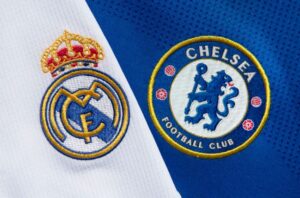 The game of the season will take place on Wednesday at Stamford Bridge when Chelsea hosts the most successful team in Champions League history, Real Madrid, in the competition’s quarterfinals. Both the Blues and Los Blancos have had a completely different start to the domestic campaign after the international break recently though. This only makes things even more interesting in the build-up to the highly anticipated clash.

Chelsea hosted mid-table side Brentford and the Blues were simply played off the park, losing the game 4-1. Thomas Tuchel described the result as a blip and nothing more. However, it feels like all the problems surrounding the club are finally getting to the manager and the squad. Knowing the Chelsea manager throughout his brief tenure though, you can expect his full commitment toward getting a positive result against Real Madrid.

The performance against Brentford was worryingly bad, which can be put down to the change in the formation of playing with a back four with Marcos Alonso and Cesar Azpilicueta as fullbacks. The duo’s lack of pace was clearly exploited by the Bees players during the 11-minute phase when the visitors scored three goals. It was uncharacteristically bad from the Blues and one would expect them to iron out those kinks before the midweek UCL contest.

Meanwhile, Los Blancos went to the Estadio de Balaidos to face Celta Vigo, who also has been struggling through a subpar season. Los Celestes currently 11th position in the La Liga table, which makes them easy to underestimate. This is exactly what happened to Real Madrid as the game was anything but straightforward for Los Blancos.

It took Carlo Ancelotti’s men three penalties—out of which they scored two—to win the game. Both penalties were scored by the main man, Karim Benzema. The Madrid side has left behind its embarrassing defeat against its biggest rival, Barcelona, with this latest win. Being the team in better form and having practically already won the La Liga title, Real Madrid can put all of its focus on the Champions League and give teams a good run for their money at any stage.