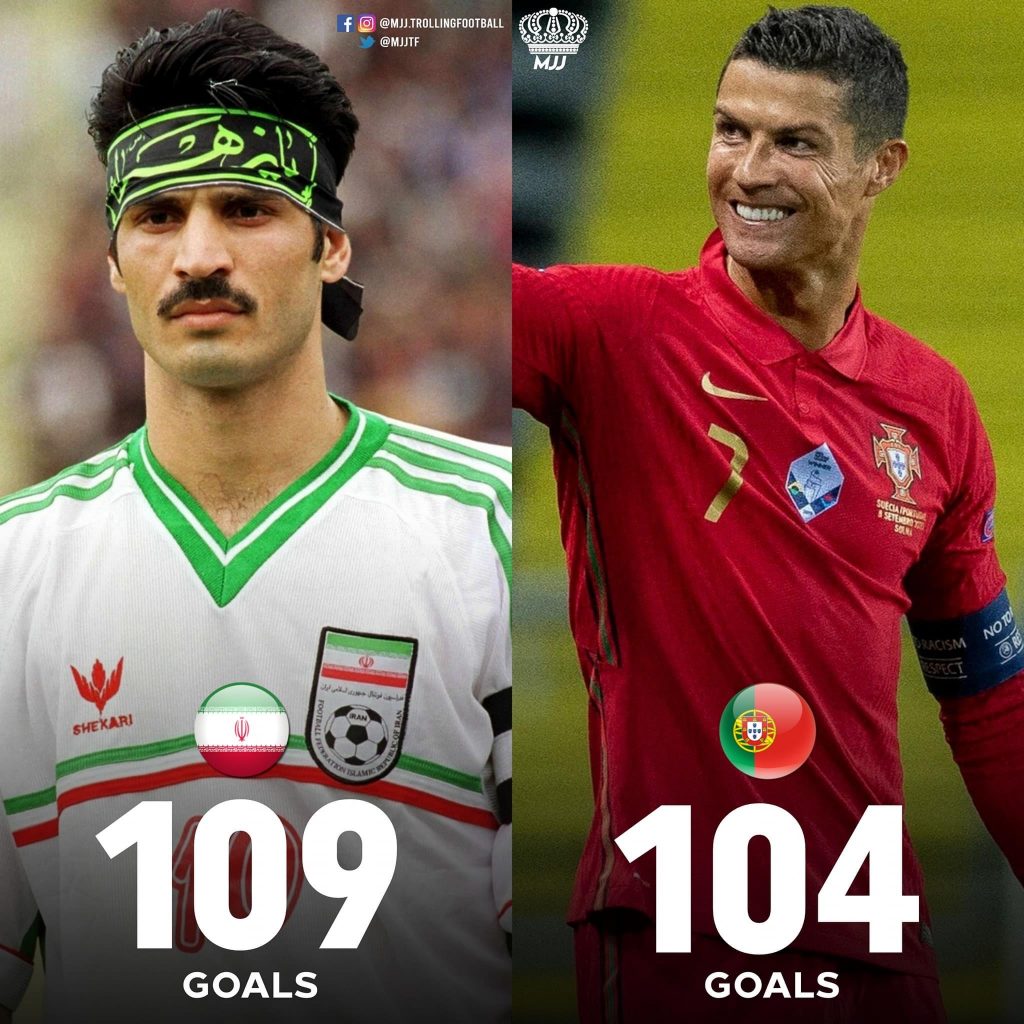 Cristiano Ronaldo edged closer to becoming the top scoring international of all time as he got on the scoresheet during Portugal’s most recent match.

The captain netted his 104th international goal as they swept aside Israel in Portugal’s final match before Euro 2020.

Ronaldo put Portugal 2-0 up against Israel in Lisbon

Iran’s Ali Daei scored 109 goals in 149 caps during his career before retiring in 2006 and the record is something 35-year-old Ronaldo has been gunning for.

Speaking in 2019 when he scored goal no.99 for Portugal, he said: “All records must be broken and I will beat that record.”

Ronaldo, who helped Portugal to win Euro 2016 and the inaugural Nations League in 2019, now has 104 goals from 174 appearances.

The former Manchester United and Real Madrid forward is five away from equalling Daei’s record and has the chance to close the gap when Portugal begin their Euro 2020 campaign next week. They take on Hungary, Germany and France in Group F and are expected to reach the knockout stage.

Ronaldo has 104 goals in 173 appearances for Portugal

Portugal threw down the gauntlet to their Euro 2020 rivals with a dominant 4-0 win over Israel.

Cancelo made it 3-0 as he cut in before unleashing a stunning effort with his left peg.

And the victory was rounded off in stoppage-time when Fernandes beautifully fired the ball into the top left-hand corner.