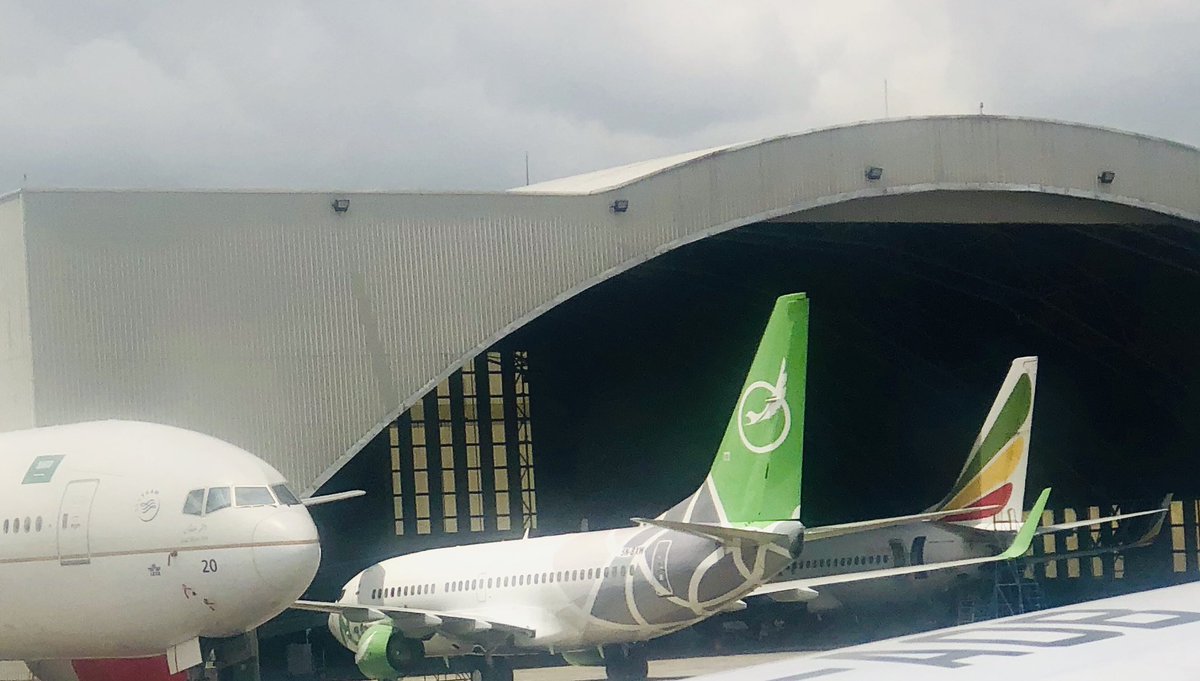 Asset Management Corporation of Nigeria (AMCON) is set to float a new airline, NG Eagle, deploying some of the assets of distressed Arik Air.

As at yesterday, two aircraft erstwhile operated by Arik, have been rebranded in the colours of NG Eagle and parked at the Murtala Muhammed Airport in Lagos, ahead of take-off.

The Guardian learnt the procedure for the Air Operating Certificate (AOC) has scaled the fourth stage of approval at the Nigerian Civil Aviation Authority (NCAA), and will be issued to the new carrier.

Amid reactions from stakeholders over the fate of Arik Air, AMCON has said Arik Air will continue to operate side-by-side NG Eagle. Though the future of Arik is uncertain, NG Eagle, according to AMCON’s plans, will later be sold to investors or the Federal Government that is angling to float a new national carrier.

Recall that AMCON, a special purpose vehicle of the Federal Government for the recovery of debts, took over Arik Air in February 2017. The rationale was to save the airline from imminent collapse, citing gross mismanagement by the owners and debt in excess of N300 billion-plus.

The Federal Government injected billions into its operations to stabilise the airline. Besides paying salaries and meeting basic obligations, about nine out of 30 aircraft owned by Arik returned to operation, sustaining both local and regional operations.

About five years down the line, The Guardian learnt that the airline remains a hard sell, given the level of rot, debt and hard-to-recover liquidity pumped in to keep it on life support.

Sources within the airline that responded to our enquiries on AMCON changing Arik to NG Eagle, spoke in denial, saying both are distinct entities.

“AMCON is exchanging its cash investment in Arik with assets. The government has spent so much to defray N300 billion-plus liability just to keep the airline from dying and more Nigerians out of jobs. Rather than continue to wait, it has taken two good planes on the airline to form a new one,” one of the sources said.

Arik Air Receiver Manager, Kamilu Omokide, told reporters the airline would be operated along with NG Eagle, at least till the end of 2021.

Omokide said AMCON would continue to support Arik Air, as it had concluded plans to wet-lease three aircraft for Arik operations.

He said: “Arik does not plan to get out of business. It will operate side-by-side with NG Eagle for a while. We have been able to access wet leases and we have been able to run them very professionally. AMCON is not taking all the planes. We have a plan to bring three more planes with the support of AMCON on wet lease, ACMI.

“We are not rushing to kill Arik. We cannot pull all of our aircraft from Arik. Arik will be sustained throughout this year. Arik has a very big space at its headquarters that can take in four airlines on a good arrangement where costs can be shared.

“So Arik has a huge facility, it has good workers who are experienced and we have been training staff since AMCON took over, something that was rare in the past. In fact, we have exposed the workers to all kinds of training. Our pilots are some of the best in the industry. Experience is very important,” he said.

While stakeholders are divided on the prospects of the arrangement, a crux of the industry expressed displeasure over AMCON’s ownership of three airlines (Arik, Aero and NG Eagle), and the subtle carry-over of both asset and liability of Arik into a new airline.

The Chief Operating Officer (COO) of one of the local airlines described the cash-out through asset-stripping option as curious.

“When I heard what was going on, my first thought was, what was AMCON thinking about when they were sinking funds into the airline? Did they put in so much without any recovery plan?

“Arik can’t recover, so a new company will be created out of its assets that are expected to recover the debt? I think two distinct companies tied around the same objective is a strategic mistake that will go down the same way. I don’t know any airline that has been helped by wet-leasing aircraft to operate. Not one.

“We said it right from the beginning that AMCON has no experience or business in aviation and they are proving it the more. They are listening to the wrong advice. Someone needs to tell them that this is aviation not banking industry,” he said.

Member of the Aviation Safety Round Table Initiative (ASRTI), Olumide Ohunayo, said a better approach would have been to form a new carrier from a merger of the two airlines (Arik and Aero), instead of splitting one into two.

Ohunayo said having the three airlines run side-by-side implies AMCON pumping in more money than it aims to save.

“AMCON should not become a liquidating holding company. I was looking forward to them taking the two out of the way, then berthing a new one rather than keeping them all with liabilities and encumbrances, which might also affect the new airline.

“If the idea of the new airline is to attract investors, then I support it. But keeping it with the other two in the stable will not be good enough. Again, I think AMCON has overstayed after 10 years. Yet, they could not get something tangible out of the two airlines. I think it is time to do the needful, rather than keep dragging the two airlines along and pumping in more money,” Ohunayo said.

A consultant to Arik Air, however, commended the Corporation for the “sound exit strategy from Arik Air.”

“I believe AMCON should be commended for keeping that airline afloat, at least for securing jobs before and after COVID-19. The macro economic situation in the country and challenges in aviation, with new entrants, make the project a herculean task.

“Unfortunately, the NG Eagle appears to be caught up in some political quagmire. The team in NG Eagle and the willingness of AMCON to fund this project will determine how far this project succeeds.”