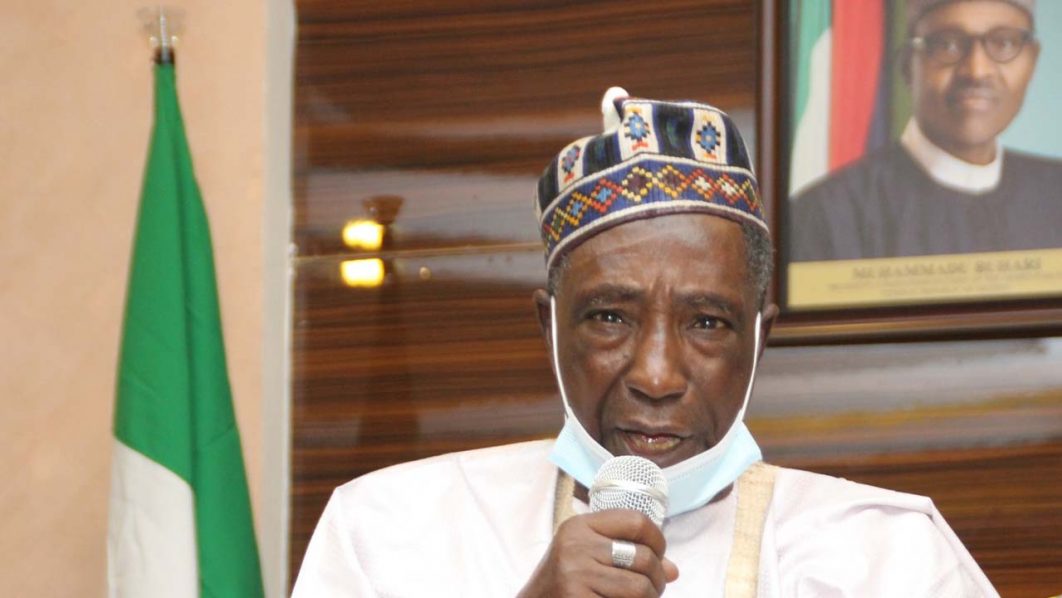 The Federal Government says it has registered no fewer than 5.7 million farmers nationwide in an effort to bring them closer to the government.

Alhaji Sabo Nanono, the Minister Of Agriculture and Rural Development said this on Friday during a General Assembly Of Farmers organised by the All Farmers Association of Nigeria (AFAN) in Kano.

This is contained in a statement issued by the Chief Press Secretary to the Deputy Governor of Kano State, Mr Hassan Musa-Fagge.

According to the minister, the effort was to ensure that genuine farmers were brought closer to the government so that they can enjoy government support directly.

He further commended AFAN for organising the General Assembly of Farmers, urging the national leadership of the association to carry all their members along.

Nanono also called on the farmers to be more organised so that they can work together towards the development of the agricultural sector in the country.

Gov. Abdullahi Ganduje charged members of the association to redouble their efforts towards boosting economic development for national progress.

Ganduje, who was represented by his Deputy, Alhaji Nasiru Yusuf-Gawuna, called on the farmers to ensure that their voices is heard all over the country particularly through programmes aimed at improving agricultural activities.

“The General Assembly of Farmers should be seen as an avenue for contributing to nation-building and should be commensurate with the size of the membership strength of AFAN.

“As the farmers in this country constitute at least 70 per cent of the population,” Ganduje said.

He promised that the state government would continue to partner with farmers in the promotion of agricultural activities especially irrigation farming.

Ganduje added that his administration had introduced new technologies and ideas to prevent losses in the farming sector.

The Caretaker President of AFAN, Alhaji Faruk Rabi’u-Mudi, said the association has been re-organised from the grassroots to the national level.

According to Rabi’u-Mudi, the association has also embarked on the integration of the Commodity Associations into its structure.

He added that his leadership has distributed farm inputs worth over N100 million to farmers through the Federal Ministry of Agriculture and Rural Development.

“We have also acquired office accommodation at the Central Business District of Abuja, and we have also entered into a partnership with a Chinese firm to invest in rice, soya beans, and maize production,” he said.

Highlights of the occasion include the presentation of awards to President Muhammadu Buhari, Kano State Governor and his Deputy, Minister of Agriculture and Rural Development, and the Chairman of the Board of Trustees Of AFAN.