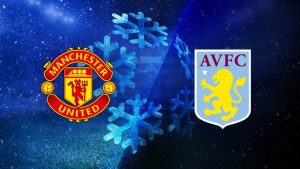 Manchester United are set to host Aston Villa at Old Trafford in the third round of the Carabao Cup on Thursday after a 3-1 Premier League defeat at the hands of Unai Emery’s side on Sunday.

The Spanish coach masterminded a victory in his first game since taking over the reins from Steven Gerrard, coming back to haunt United after also defeating them as Villarreal boss in the 2020-21 Europa League final.

Erik ten Hag will need to ensure that his United side avoid another upset as he seeks to bring the club’s six-year trophy drought to a close in 2023.