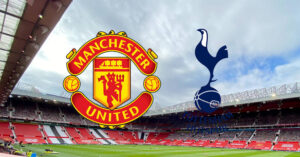 Manchester United host Tottenham Hotspur at Old Trafford on Saturday evening in a crucial match in the race for a fourth-placed finish that will ensure qualification for next season’s Champions League.

The Red Devils enter the game on the back of a 4-1 drubbing at the hands of rivals Manchester City, and their last home outing was a disappointing 0-0 draw against Watford.