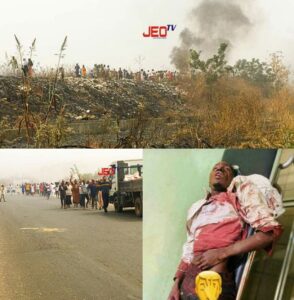 At least one person has been shot dead in a clash between the National Drugs Law Enforcement Agency and Kwara State Polytechnic Students in Ilorin, Kwara State.

It was learnt that the clash, which was between the NDLEA and the KwaraPoly students, started around 8am on Saturday.

According to the source within the school community disclosed that, they were officials of State Investigation Bureau, an elite intelligence unit in the state command of the police.

According to FIJ, “the gunmen, suspected to be officers of the Nigerian Drug Law Enforcement Agency (NDLEA), can be seen arriving the school premises in a white bus and shooting as students flee to safety.”

However, it was reliably gathered that there was a raid by relevant security operatives in the school environment late hours of yesterday till this morning, the raid was said to have been resisted by the students of the institution.

The security agency, in an attempt to disparse the students, fired some shots in the air which allegedly strayed off course to kill a student in a nearby house.

Another source, who equally claimed that people were injured, said they suddenly heard gunshots, which made them to scamper for safety.

He said, “It was a retaliatory attack. The Kwara Poly Students went to retaliate the harassment inflicted on them by the NDLEA. 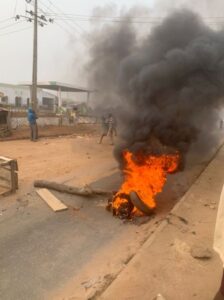 The clash which led to block of roads and left passengers stranded on the street.

As at the time of filing this report, security operatives were seen taking charge of the spot 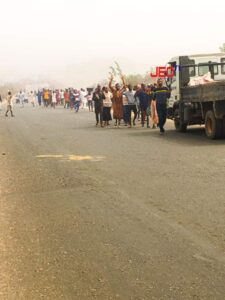