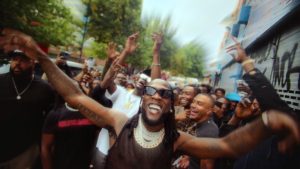 The track was favoured by fans and critics alike as one of the standout tracks from his recent Love, Damini LP, so he rewards them with a brand new set of visuals for the JAE5 and The Elements-produced track.

In addition, It’s Plenty was one of the hit songs on his project, it arrives after the music video to “Vanilla“, “Last Last” and “For My Hand“.

Finally, the video to It’s Plenty was shot and directed by serial cinematographer.

Stream Its Plenty By Burna Boy Music Video Below;